A Cellular Resolution Census of the Developing Human Brain 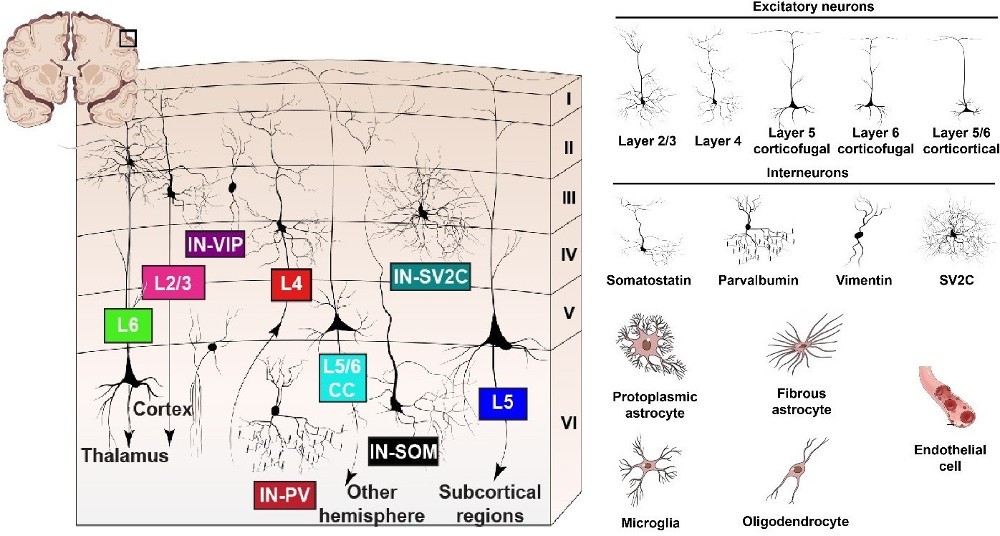 The Kriegstein U01 aims to create a spatiotemporal single cell resolution map of the developing human neocortex to establish how many distinct cell types are present and to unravel their complex developmental history.  Analysis will be built on a multimodal classification of cell types based on transcriptomic signatures but complemented where possible by physiological and epigenetic features.  Transient cell populations present only during developmental stages will be examined, along with retaining positional information for all cell data to create a developmental cell atlas that plots the diversity of cell types according to their locations in the growing human brain.  The Kriegstein group has developed innovative strategies for massively parallel profiling of molecular and physiological properties of primary human cortical cells using droplet based capture technologies, high content microscopy, and paired physiological responses to transcriptional state. An integrated cellular survey of developing human brain will be conducted in specific regions of the cortex, as well as in the striatum, thalamus, hypothalamus and cerebellum, and single nuclei sequencing will be used to unlock developmental time points that have been traditionally difficult to study. The aims of this project will shed light on the origins of cellular diversity in the human cortex.